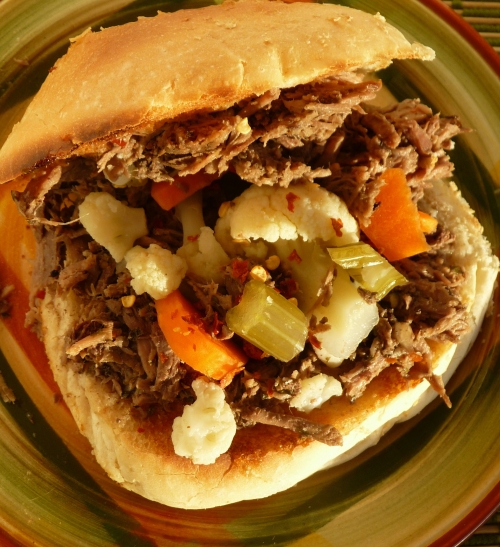 I did not like eating meat as a child. So it was not hard for me to become vegetarian on my own at age 11 (nobody in my immediate family did so with me).  There were several reasons for this odd childhood decision in the 1970s.

My mother did not like to cook, and she would admit that her skills were uninspired in this area, particularly with over-cooked meats.  While we ate meals out or had take-out frequently, I never cared for most meat in restaurants.

I also was a big animal-lover, with cats, dogs, hamsters, gerbils, and fish in our household.  Thus, I did not care for the idea of eating animals, when I was young.  I read extensively about animal rights (for example, Peter Singer’s Animal Liberation), the horrors of the meat-packing industry (e.g., Upton Sinclair’s classic, The Jungle) and some of the more  kooky 1960s health food manifestos. 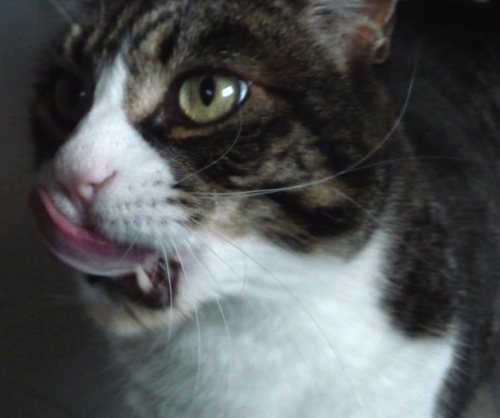 For about 10 years, I ate no red meat or chicken.  During some of that time, I did not touch seafood, either.  However, I suddenly reverted to omnivorous ways at a dinner party while at the University of Chicago, where the hostess did not know I was vegetarian.  She served a wonderful medium-rare steak.  I decided it would have been rude to declare my vegetarianism and thought I would give it a try. My clean plate indicated a hasty farewell to my strict vegetarianism.  Today, however, I eat relatively little red meat or even chicken and try to be sure it is ethically raised, organic, free-range, or, at least, happy.

This is all a round-about way of explaining that, while I grew up near one of the very best purveyors of Italian beef sandwiches in suburban Chicago, I think I never ate one until I was an adult.  When I discovered this classic sandwich, I became a devoted admirer of this Chicago classic.  I have tried examples, which are supposed to be the best – all over  ”Chicagoland”.

The Italian beef sandwich is one of two Chicago originals, specialties in the culinary world and best eaten there – the deep-dish Chicago-style pizza being the other.  In the nearly 20 years I have been away from Chicago, I make a point of having Italian beef on each trip back.

For the Italian beef’s origins, review, food holidays – and the recipe…

Italian beef is a kissing cousin to the French dip sandwich (purportedly, it originated in Los Angeles), served “au jus”.  The difference is that Italian beef is served with a more vinegar-y sauce, hot and/or sweet bell peppers, and giardiniera, a mixed pickle of bite-sized pieces of celery, carrot, cauliflower, pearl onions, spicy peppers, as well as red and green bell peppers. In Chicago at an Italian beef stand, one would order a sandwich with hot peppers well-soaked as “Italian Beef, hot and juicy” – or “sweet” for the sweet peppers – in the correct local slang.

The distinctive hot-vinegar-garlic-spice blend imbue the beef with superb and complex umami flavours.  Using the abundant gravy in which the beef roasted, the bread can soak up an excellent counterpoint to the tender, fall-apart shreds of beef, contrasted by the crunchy and chewy giardiniera. With a (relatively) lean beef base and lots of pickled vegetables, the Italian beef sandwich is rather light and more healthful – certainly compared to regional classics as Philly cheese steak sandwiches.  It does include most of the major food groups….

I have prepared Italian beef twice, adapting a recipe from my very favourite food writers, Jane and Michael Stern’s book, Roadfood Sandwiches, and another one for a slow-cooker version from Allrecipes.com.  The only issue I would point out is that the roll or bread should be a soft but chewy and firm Italian bread, rather than the more crisp and hearty French baguette.  However, it should not be too fluffy and delicate, or else the sandwich will disintegrate.  One day, I hope to bake the right kind of bread, as the store-bought and bakery-produced versions I have tried here were not quite right.

It is very simple to make and can feed a crowd for brunch (before watching a sporting event?), lunch, dinner, or whenever one wants an authentic taste of Chicago.

Before the recipe, I wanted to incorporate a couple of items I usually put in my Friday Food Facts and Fun feature, as it is Friday.

It is a bit much to go from bittersweet chocolate to glazed donuts to pastrami sandwiches, with just a day in between – during the month of January, for that matter – do you agree?

Despite some of those, January is also a month of oatmeal, soup, and fat-free living:

For the slow-cooker version:

25 responses to “Real Home-Made Italian Beef Sandwiches: The Chicago Classic in Your Kitchen”