I remember hearing in management meetings at one job that men generally need to hear the same thing three times from other men and an amazing seven times from women.  While I do not know if this is strictly true, I came across the recipe in this post three times before making it finally; however, the sources were both women and men – for whatever that is worth in this equation.

First, I watched Rick Bayless prepare ChocoFlan a couple of years ago on Mexico One Plate at a Time.  I always enjoyed going to his restaurants, the first few years they were open in Chicago, when I still lived there.  I never met him or even recall seeing him at Frontera Grill or Topolobambo, but I made sure to watch his television program whenever I can, as he is intelligent, funny, and unsurpassed by any chef specializing in the many diverse regional cuisines of Mexico. (When I wrote that, I was wondering if people might think, “Tostados, burritos, tacos, enchiladas, salsa, and guacamole – are those the diverse regional cuisines?”  Or, “Is chimichanga a region?”  Of course, I quickly realized that you, my dear sophisticated readers, would never think that!!).

I saw the episode in July, 2008, when I looked up the recipe and saved it electronically for the day I would need a magical-preso-reverso-chocolate-cake-and-flan for a party.  So then I noticed the mini version on Krissy and Daniel’s fun site, The Food Addicts, and then I thought, the time is nearing when I will now  make a smallish version of the cake.  I checked out their original source from The Food Network, Marcela Valladolid.

After my recent foray into the Bundt-baking world, I remembered my mini-Bundt pans I had bought for a Dorie Greenspan recipe I have yet to make. So I looked up the recipe source Krissy and Daniel featured a week later (the third step) and decided to use most of Rick’s instead, given they were virtually identical and Rick’s descriptions were more detailed.  However, I did use Marcela’s flan ingredients (one less egg but four ounces of cream cheese, in order to use up the latter, sitting around in the fridge!). 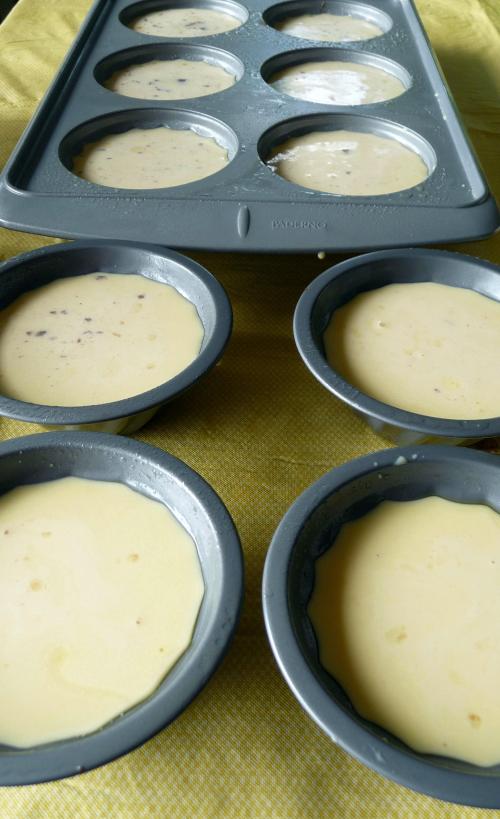 Next comes the flan topping.

I adapted it by adding cinnamon and cayenne to make it into a “Mexican Hot Chocolate” version.  This adaptation I decided to do for a Moroccan-Indian dinner party, as the cayenne and cinnamon complemented spices in the dishes the hostess was preparing.  I suggest trying my version, if you like a more lively cake  – remember my “2 x C3” Cocoa-Cayenne Cupcakes with Citrus Cream Cheese frosting? 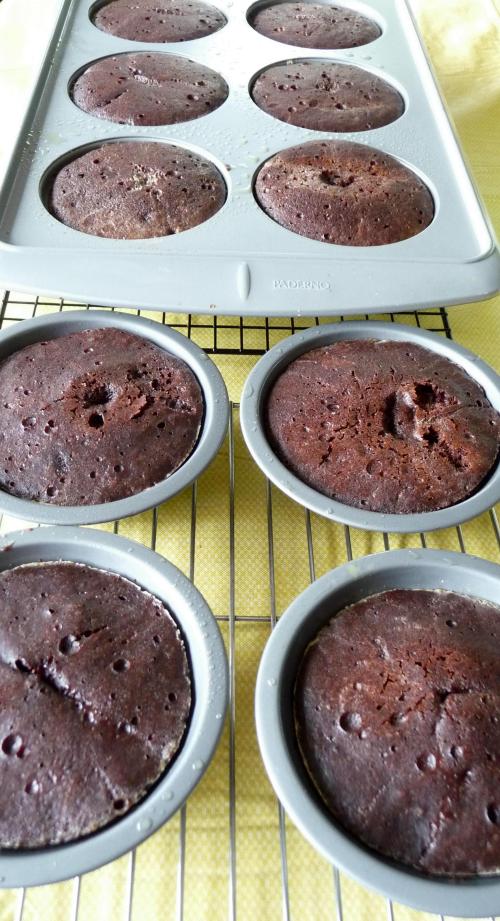 Impossible?!? The layers have switched places. 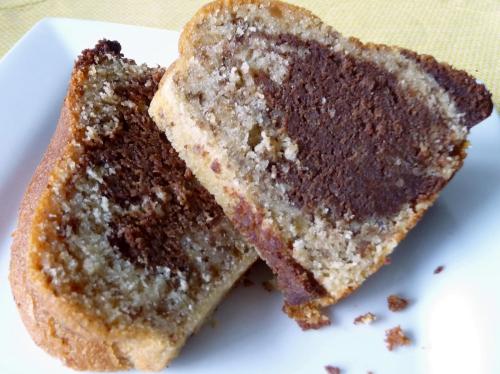 Life is so complicated, isn’t it? Who knew about the controversy swirling around the origins of the Bundt pan/cake, meandering like a chocolate tunnel through a marbled cake?

Apparently, there are conflicting claims for the origin of both the cake and pan. The US introduced the so-called “Bundt” (derived from the German “bundkuchen”) in the 1950s. It seems that a group of women from a Minnesotan chapter of Hadassah, the Jewish women’s organization, approached NordicWare to manufacture this pan. I was very surprised by the Jewish connection.

I always associated Bundt cakes – made from mixes, of course – with their culinary cosmic twin, the Jello mould. Another association for me was the Bundt cake as quintessentially suburban, having grown up in the suburbs of Chicago. But this cake has a venerable history, long before its alleged invention back in the 1950s. It seems that the American addition of a “t” to the name is a valid claim for originality, as far as its orthography is concerned. 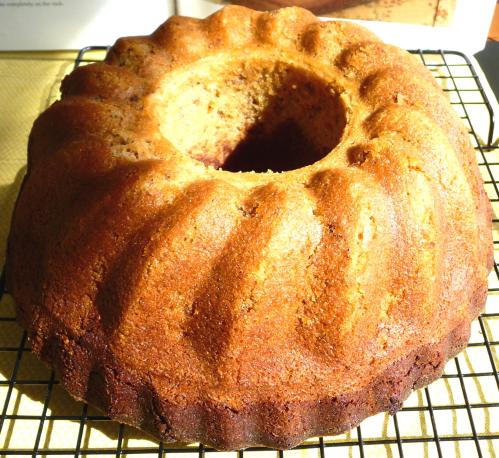 The history of the Bundt and the recipe END_OF_DOCUMENT_TOKEN_TO_BE_REPLACED