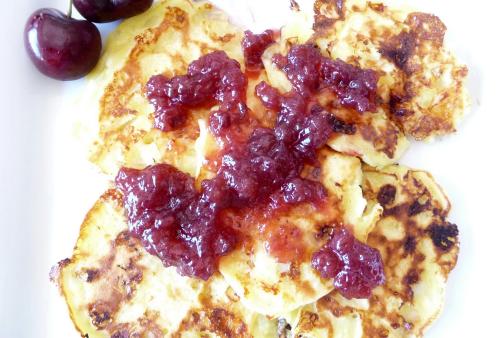 Who thinks much about cottage cheese these days?  I know that I do not. 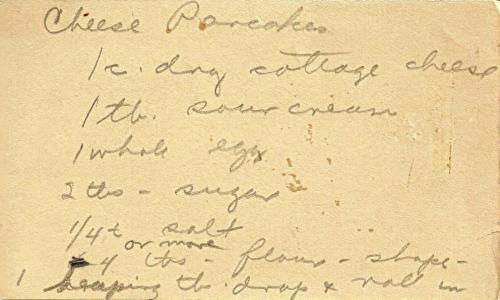 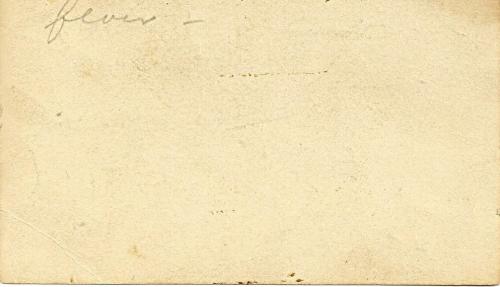 Back in the late 1960s and 1970s, cottage cheese was a “diet food”, often combined with iceberg lettuce and flavourless tomato wedges as a standard main course salad in American restaurants.  I think gloppy Thousand Island dressing would have been the most popular accompaniment, hardly a low-calorie option. Another purported health food was a leaf of iceberg on a plate, supporting a perfect pineapple ring (canned), on which sat a neat ice cream scoop of cottage cheese, topped with a maraschino cherry.  Richard Nixon, President of the US until his resignation in disgrace in 1973, stated that he enjoyed ketchup and cottage cheese together – which seems more like a gore-ish prop for a horror film, rather than a favoured food combination. 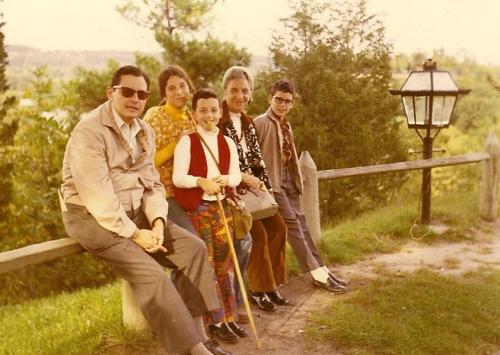 Always fashionable, Jessie is hip (circa 1970) even while visiting at a state park - with my father, youngest cousin, yours truly (as a hippy), and my brother.

Around 1970, Jessie was recently widowed, and she seemed to enjoy shocking people a bit.  My uncle (Jessie’s son) had given the recording of the Broadway musical Two Gentleman of Verona to my youngest cousin, who was a teen at that time, shocking my  grandmother because of its strong language.  To prove that she was “with it” or just that she could shock our family even better, Jessie gave me the album from the Broadway musical  Hair,  lyrics of which I still can recall almost verbatim.  I cannot remember if I asked for it (it was my first record album, when they were long-playing black discs, with nothing compact about them).  The language, however, was a bit much for a child of seven or eight – even I have to admit.

More than Hair – with all its revivals – cottage cheese just is off the radar these days.  Perhaps ricotta and artisan curd cheese have eclipsed cottage cheese in the realm of culinary trends:  category curds and whey. 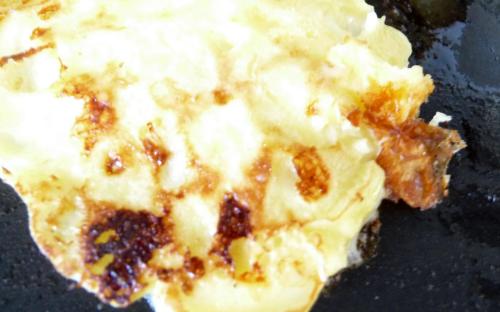 Jessie, however, always seemed to have cottage cheese in her fridge.  Perhaps it was for  salads or to make this cottage cheese pancake.  After making this dish, I finally remembered having these pancakes at her place, when I stayed over for the weekend.

The pancake is almost like a mélange of a Swedish pancake or a French crepe with a more fashionable lemon-ricotta pancake.  (I have recipes from different versions at one west coast and one east coast B & B at which I have stayed – perhaps these are future blog fodder?)

For the pancake analysis – and the recipe…

END_OF_DOCUMENT_TOKEN_TO_BE_REPLACED 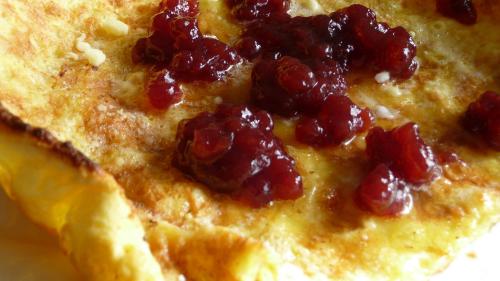 The pancake is perfect with lingonberries on top.

To borrow the punch line from a popular joke, my mother’s favourite thing to make for dinner was reservations. While she did make a number of dishes well, she never enjoyed cooking or baking. However, we always looked forward to her fluffy golden pancake, which we called a “German pancake”. The main reasons my mother made it were its easy preparation and its simplicity: five basic ingredients – eggs, milk, flour, sugar, and butter – with nutmeg, confectioner’s sugar, and lemon juice as optional enhancements. 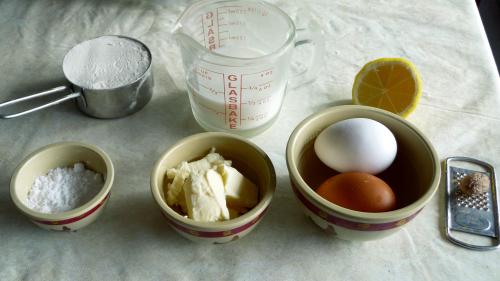 In fact, I think this pancake – which puffs up remarkably then deflates just as dramatically – was the only brunch dish we had at home on Sunday. We always ate it with bacon and lingonberry preserves (if you have no Scandinavian specialty stores nearby, IKEA generally carries it, at a very reasonable price). Both are fine accompaniments for such an impressive yet simple brunch dish. The tangy lingonberries complement the eggy-yet-crisp pancake; by now, we should all know that everything is better with bacon.