My Grandmother’s Sponge Cake – So Last Century yet So Versatile: What Would Jessie Dish? Week 14 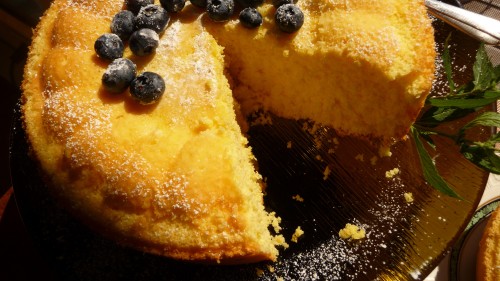 What is your association with sponge cake?  I really do not mean to ask such a  personal question right off the bat, but I had not given much reflection to the whole sponge-cake question.  Then I tried to re-create my grandmother Jessie’s cryptic recipe for sponge cake, from her recently discovered files.

Sponge cake falls into two broad categories:  the European génoise and Victoria sponge categories or the North American equivalent, which is a bit archaic now.  The génoise is a classic base for Italian and French cakes, not to mention other fine pastries of European pedigree, while the Victoria sponge is a traditional British base for birthday cakes and other celebratory desserts.  However, crossing the Atlantic, I am convinced that something was lost when this elegant cake made its way to the New World.  In the mid-20th century, industrial production did no favours for the cake’s taste and texture. 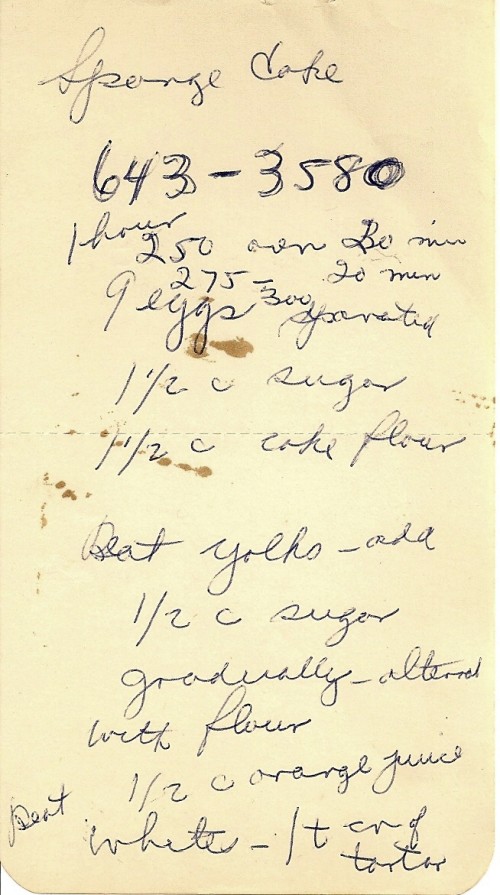 While I do remember Jessie’s sponge cake from a few family meals, its memory has been eclipsed by all the store-bought versions my parents would serve, invariably with chocolate ice cream.  These were 10” or 12’ square flavourless blocks, which looked as if they were uniform pieces of upholstery foam, just spray-painted golden-brown.  Does that sound appealing? They were, indeed, fluffy and light but devoid of any other distinguishing character.

Now Jessie’s version is filled with character – just like she was.  The photos below appear to be from the same spring-time holiday to the “northwoods” (Wisconsin? Minnesota? Northern Michigan?), in the 1950s, as my mother had written on the back of one of the photos.

As a cake made by someone of complex character, there is more to this sponge cake than meets the eye.  It can be a very light accompaniment to tea in the afternoon when served plain, complementing a green tea, orange pekoe, or mint tisane, for instance, for a more proper mood: 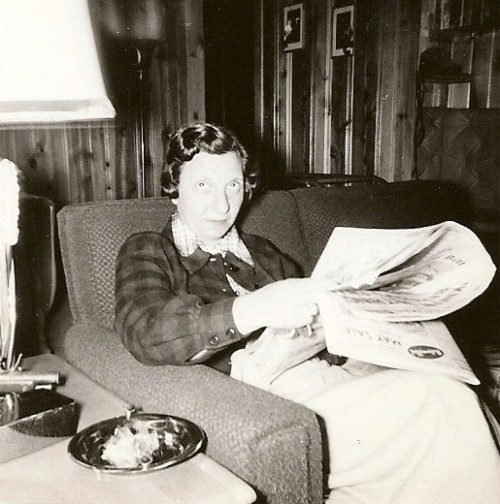 Or the cake would work well with fresh berries and syrup made from those berries (think blueberry, raspberry, or blackberry), for a more swinging outdoorsy combination:

It can also work well with ice cream and a liqueur for a more naughty treat: 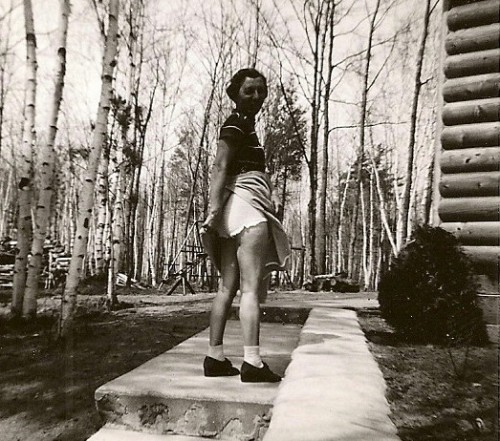 For the review of the cake and the recipe… END_OF_DOCUMENT_TOKEN_TO_BE_REPLACED 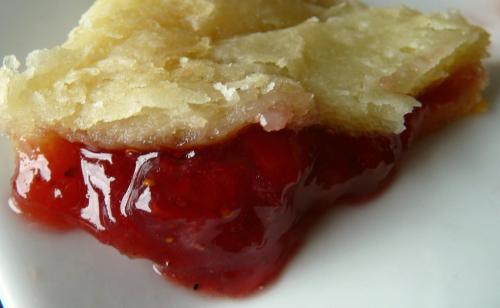 What exactly is “mystery dough”?  I figured the recipe I had from my late grandmother Jessie’s files had just enough information to create something, armed with my years of amateur baking and cookbook reading. 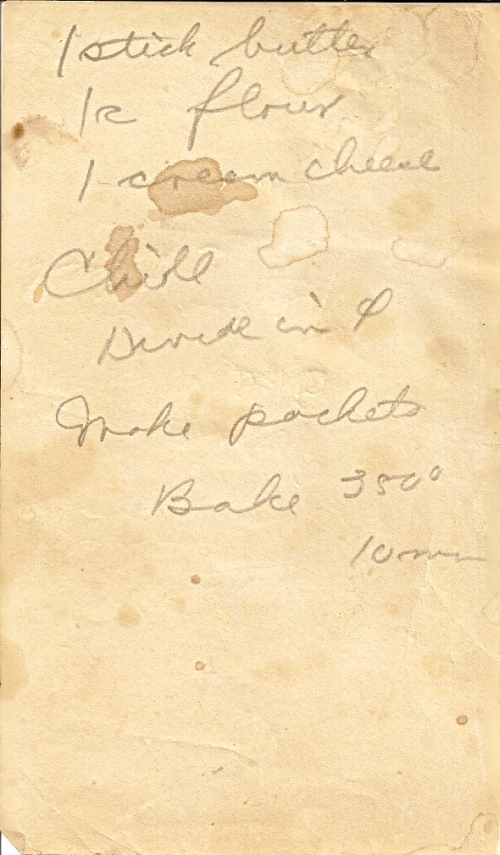 This is all of Jessie's recipe for "mystery dough".

This pursuit of trying to figure out a cryptic recipe brought back a reference to “Biblical exegesis” in an undergraduate literature class years ago.  I wondered why the professor was referring to “ex of Jesus”, when that did not make any sense to me (as far as I knew, He did not have any “exes”).  Later, I discovered that the word meaning a critical interpretation, analysis, or explanation, especially of the Bible.  One must practice exegesis diligently in fleshing out a recipe, too! 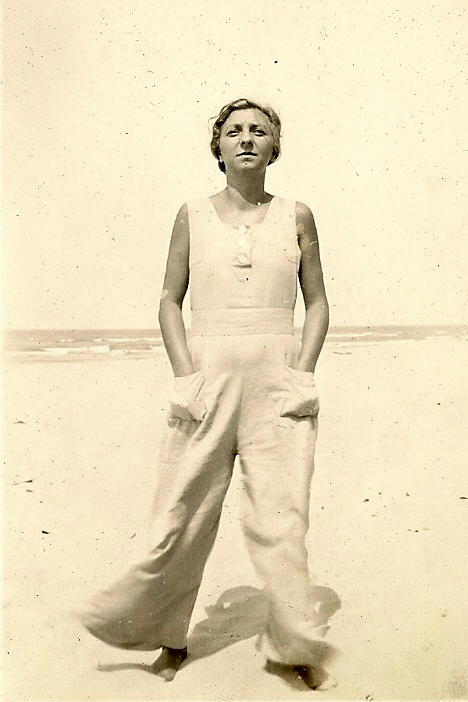 So, like a Biblical scholar or literary critic, I had the barebones for resurrecting, or, I should say, recreating the recipe.  Armed with some vague memories of my grandmother’s baking preferences, I also recalled her liking the Czech pastry, kolachkes, as they were known in the western suburbs of Chicago.  The kolachkes (AKA, kolaches, which I have spotted in Vancouver) have a buttery-cream-cheese-based dough, so I wonder if this recipe was for that very rich pastry, often apricot-filled.

The mystery is over, with amazing results – and the recipe: END_OF_DOCUMENT_TOKEN_TO_BE_REPLACED