Pie is the New Cupcake?

The New York Times pronounced that pie is the new cupcake. Pie to Cupcake: Time is Up prompted serious reflection on my part on the State of Desserts.   Has the cupcake’s moment in the sun finally passed?

At first, I figured I had featured more cupcakes than pies on IslandEAT. However, I was wrong.  Perhaps pies really have overtaken cupcakes.  Perhaps I am a more of a victim of trends than I care to admit.

In the pie-versus-cake(cupcake) debate, I discovered that I have posted three pie recipes to two for cupcakes.  My first post for either was about my rather unsuccessful effort to recognize National Pie (Disaster) Day: 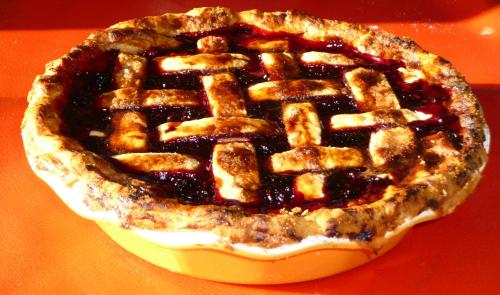 But, close on the heels of that pie,  I made cocoa-cayenne cupcakes with citrus-cream-cheese frosting (or, cupcakes, 2 x C3):

Pie v. Cupcakes – Where do you stand?

But the fresh fruit of summer tipped the balance in favour pies with strawberry chiffon pie:

A sweet-and-sour cherry pie quickly followed on the heels of its strawberry cousin: 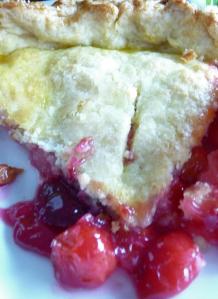 Yet most recently I made a chocolate-bliss cupcake – a chocolate-espresso cake filled with chocolate-malt buttercream, topped with a meringue icing:

Just like the “cherpumple” monster pie-cake (three pies baked into a cake), perhaps a cupcake could be made from miniature tarts, engulfing both great dessert genres.  Why choose one over the other?  As Rodney King once stated so succinctly, in the aftermath of the 1992 L.A. riots, “Can we all get along?”

While I may have created more pies than cupcakes lately, I think there is a place for both pies and cupcakes in this big world.  My plea is to ignore trends, dessert fashion, and the pronouncements of major publications.  Please find it in your hearts to embrace the diversity of all baked goods.   But I ask you for your important opinion on this weighty subject before we bury the cupcake for good:

Is pie truly is the new cupcake?

21 responses to “Pie is the New Cupcake?”