My Grandmother’s Yorkshire Pudding: What Would Jessie Dish? Week 17 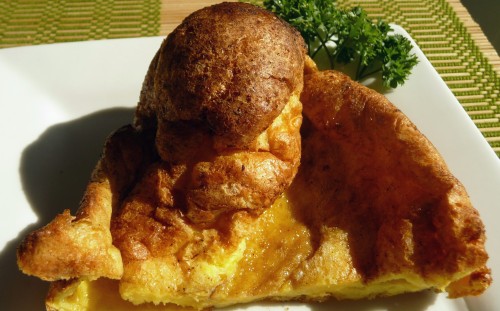 When is a pudding a pancake and a pancake a pudding?  Let’s just put on our thinking caps to find out.

Among my grandmother Jessie’s lost recipes file, there was a recipe for Yorkshire pudding.  This is one of the few recipes of Jessie’s, which I distinctly remember.  My grandmother typically served this with prime rib or another beefy roast, in the classic English tradition, accompanied by overcooked mushy peas.  I recall slightly sweet and buttery brown-sugar-glazed carrots on the side, too. 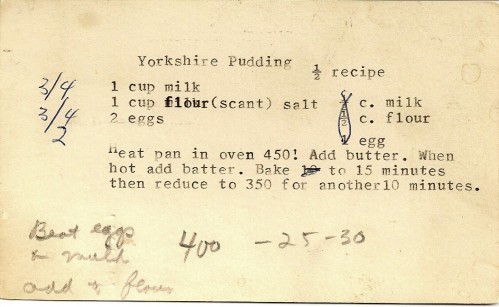 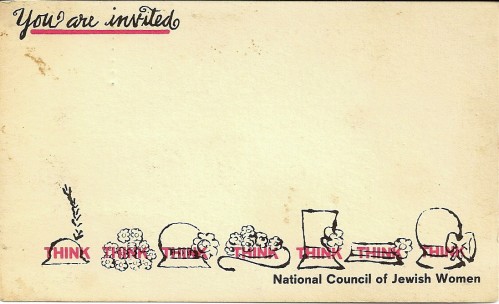 The reverse of the recipe card is quite funny.  Jessie was on the board, I believe, of the Chicago affiliate of the National Council of Jewish Women, an organization which obviously encouraged its members to put on their thinking caps and hats, as the rather oblique invitation from the 1960s seemed to indicate: ”think” is repeatedly superimposed over a variety of stylized – and stylish – hats. 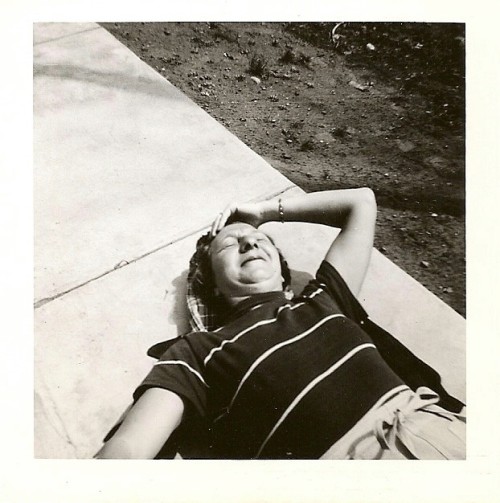 Jessie probably is thinking happily, content in the sun on holiday, in the 1950s.

While I was unable to locate any photos of Jessie on her travel in England, I did find her with a variety of hats and caps, always thinking. 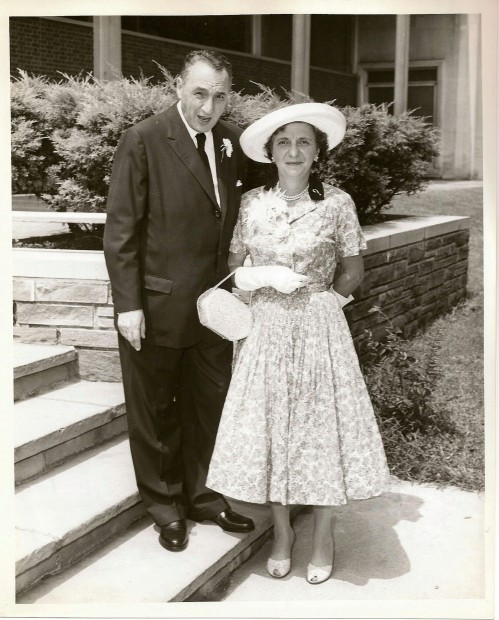 Perhaps Jessie was thinking how elegantly dressed she and Louie are here. 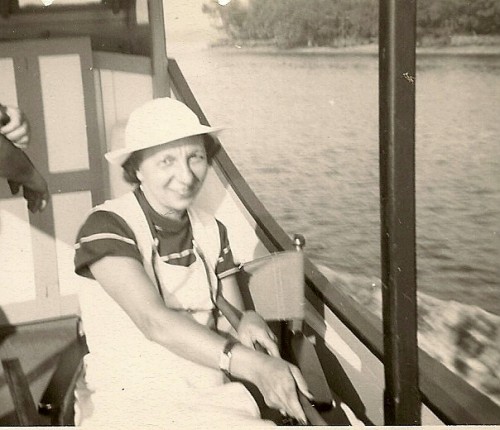 We do not have to guess what Jessie is thinking here in Florida in the late 1940s.... 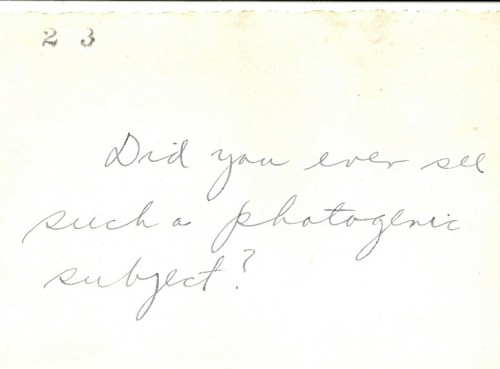 ...this is what she wrote on the back of the photo above!

This recipe was timely, as we are in the midst of planning an upcoming trip to England and Scotland, which includes Yorkshire, so I have been putting on my thinking cap about this holiday.  What is also amusing is that a “pudding”, in England, of course, is a generic term for something sweet, as in a dessert.

For the result and the Yorkshire pudding recipe….

END_OF_DOCUMENT_TOKEN_TO_BE_REPLACED

Posted in Recipes Misc, Sides, What Would Jessie Dish