Halibut in Lime, Ginger, and Cayenne Cream Sauce: Super-fast and satisfying dish – just for the halibut 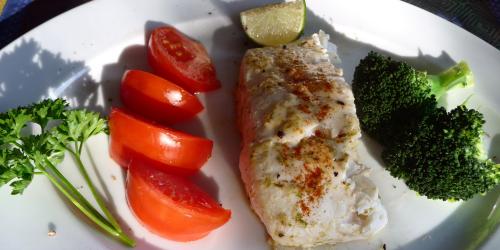 As I mentioned before, I was rather odd as a child.  One example that comes to mind – with halibut as a punch line – was an overnight field trip to a wilderness campground around age 11.

I had taken karate before this trip, yet I stopped upon reaching the first belt (the yellow belt, which is a cowardly far cry from the ultimate:  the famous black sash).  However, I was happy with that rank and to have achieved one higher level; I really did not care for the martial arts.  So I continued to wear my karate get-up – replete with the yellow belt – whenever possible.

During this particular trip, the fizzy candy which explodes in one’s mouth called, “Pop Rocks”, were all the rage.  I had a variety of packets with me, which I shared with my friends.  (This is the first of two-sort-of-but-not-really-directly-food-related references in this flashback).  The karate outfit fortunately had pockets for hiding “Pop Rocks” and other candy.

After the dinner in the “mess hall”, which I definitely do not remember, we participated in skits.  I was in a skit with another boy and it was a joke, the punchline of which was “I did it just for the halibut!” (if you were not paying attention, that is the second of the two food references, one which is supposed to be a play on words, albeit it childish).  What I remember is that I did not deliver this line but had to fall down as if struck down  by the painful pun – which I did during rehearsal.

However, during the skit when I was outfitted in my karate robe with yellow belt, I fell and knocked over the other boy.  My pratfall was not the most graceful of stage falls, nor the most pleasant experience for my fellow actor, given that I was chubby at the time, as I had yet to start with my tennis fixation which began soon after this trip. 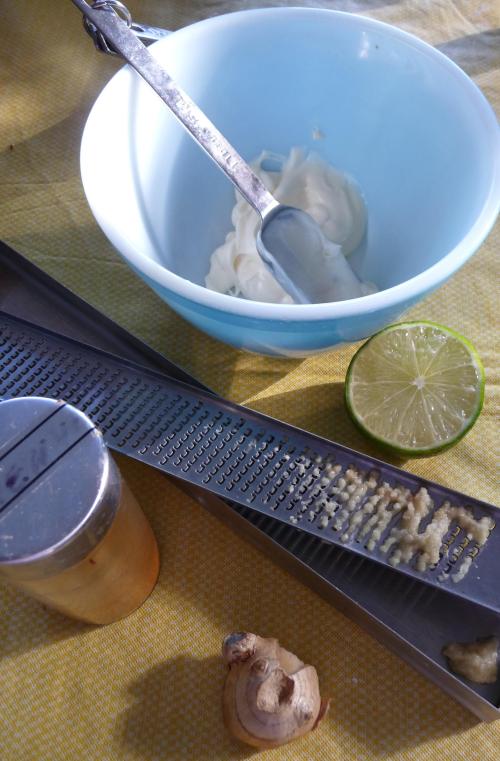 Quick and simple mise-en-place just for the halibut.

For the halibut recipe and more….