A Non-Review of the Willows Inn, Lummi Isl., WA: Locavore or Loco-what? 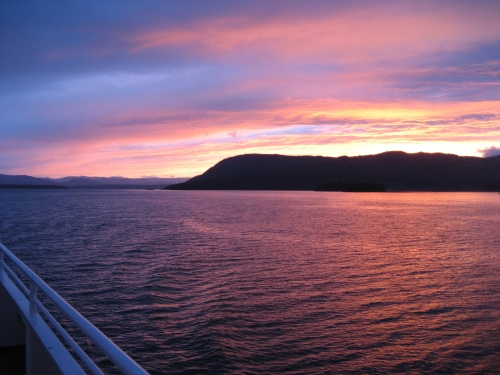 While I do not do restaurant reviews or “serious” essays on IslandEAT, I have been thinking about a recent fine-dining “locavore” experience at the Willows Inn, Lummi Island, Washington.  It was one of New York Times’ 10 Restaurants Worth a Plane Ride.  This is a lofty honour for a restaurant on an obscure island of 800 year-round residents off Bellingham, WA.

If you are not familiar with the term – in its most simplistic definition  – “locavore” refers to a person who focuses on local, in-season foods, in large part or exclusively.  The philosophy behind this “locavorean” ideal is that local foods:

The above definition is my explanation and understanding of what constitutes a “locavorean” approach to eating.  It is one that makes sense to me as well as one I try to follow, to a large extent.  For me, I cannot find – or “source” – locally produced citrus, avocados, olive oil, cocoa/chocolate, vanilla beans, coffee, and tea (black, green, or white, that is, as opposed to herbal teas or tisanes).  Hence, I am not a hard-line “locavore”, as I have not stopped consuming these staples – at least staples in my kitchen. 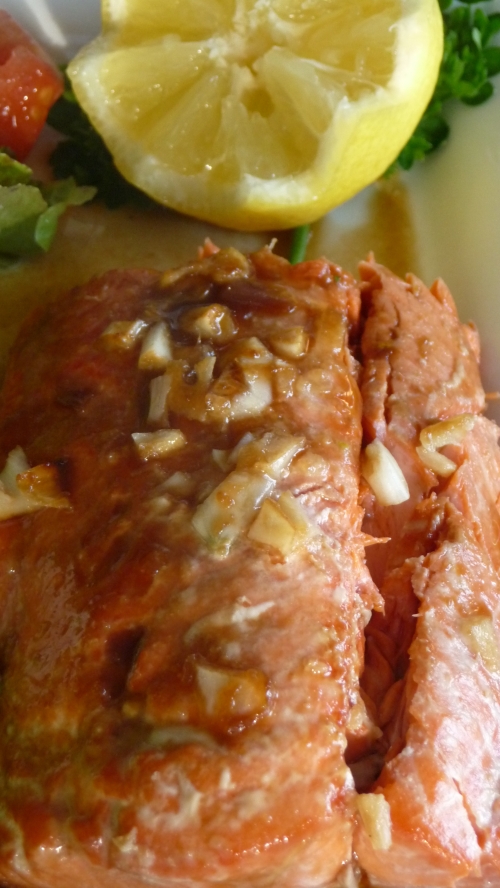 Salmon comes from the Gulf Islands, though the lemon does not...

However, I eat only blackberries I have picked, as they are free and abundant in the Gulf Islands; buy eggs – all free-range/grain-fed/organic – just a 20-minute walk up the road; and have harvested nettles for cooking.   It is rare that I have any fish or shell fish from outside the seafood-rich waters of British Columbia, even some of which comes from right off this island.  (Here are some of my favourite recipes for maple-ginger-soy salmon, salmon chowder, halibut with lime-ginger-cayenne, halibut cheeks, and scallops in brown butter with hazelnuts.)  Last week, I had eaten lamb raised on a farm on the other side of the bay, which I can see right from our house.  So that is pretty good, as far as “locavores” go.  I am privileged to live in a place where all this is possible.

For the “non-review”, keep reading… 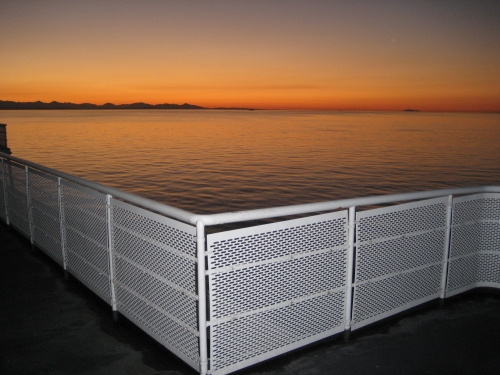 When the New York Times named Willows Inn one of the Top 10 Restaurants Worth a Plane Trip for 2011, I thought it would be fun to check out this place – besides, it would give me another island to add to my list….so off we went on my recent birthday.  Here is the profile of 24-year-old chef-wunderkind, Blaine Wetzel, from the Willows Inn’s site.  Before coming to the Willows Inn last year, Blaine had worked for René Redzepi at Copenhagen’s Noma, the top restaurant in the world, according to some.

The five-course prix fixe chef’s tasting menu is $70 (though it will rise to $85 in high-season – and I bet it will go up from there, due to the demand).  It is a very good value, as these things go.  All the food was creative, well-prepared, and nicely presented on pottery, produced, one assumes, by a local artisan.  To understand their approach better, here is Chef Blaine ‘splainin’ it all to you via video: http://www.youtube.com/watch?v=WomwVG-1nQU.

After four amuse-bouches during the course of one hour, the five courses arrived, with plenty, if not too much time, in between.  Then there was an after-dessert treat.  It turned into a three-and-a-half hour dining experience.  This is fine for those who were staying at the Inn, but for those who had to drive back to Seattle or Vancouver, with an hourly ferry schedule, it was a bit drawn-out. 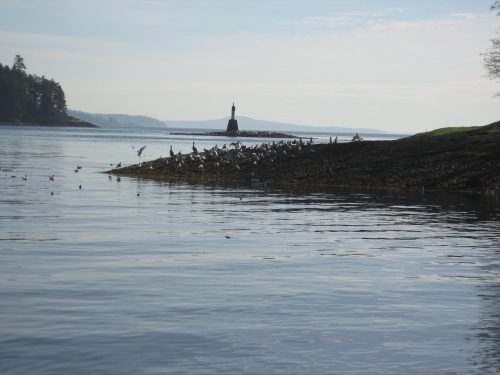 However, I do have some issues around this kind of meal philosophically in the “locavorean context” (how very academic of me).   The two primary issues for me were the origins of some drinks and the volume of the meal.

If you are not familiar with the British Columbia/Pacific Northwest wine super-region, you might not know that some of the best North American wines – or anywhere – come from this area.  So why, I must ask, would the Willows Inn serve Prosecco, which comes from Italy, to guests at the beginning of the meal?  There are fine sparkling wines from B.C., Washington, and Oregon. Of the optional wine pairings, the majority were not from the region, nor were most of the liquors served during the cocktail hour.  While such local wines might cost more (and the Prosecco was complimentary), it is an odd choice for a restaurant which espouses the “locavore” approach.

Similarly, the restaurant offered black-green-white teas and coffee.  While all the food may be local, coffee and tea certainly are not.  This is not the same issue as the wine, but it is a philosophical point which contradicts the emphasis on the food.  To their credit, however, there was an optional juice pairing of house-made juices to accompany the meal; these were all very local.

The other point is excess.  The bread offered was wonderful, but the over-zealous and well-trained staff removed the bread basket when it had a piece or two left, only to be replaced by more, without asking.  We had a cocktail, the gratis Prosecco, and a glass of wine with one of the five courses, and this seemed to be more than enough.  I can only imagine how absolutely drunk  those who had the five different wine pairing must have been, after the Prosecco (and possibly a cocktail or two before the meal). This strikes me as contradictory to the locavore philosophy or “waste not, want not”. 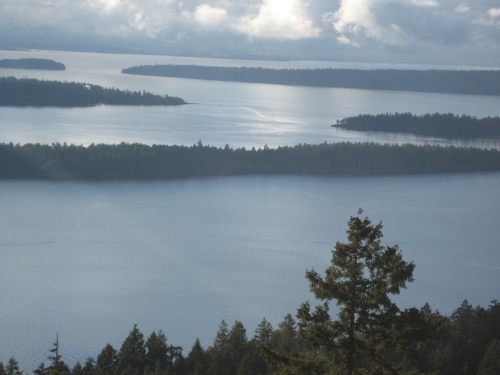 Five courses, combined with the four amuse-bouches, endless bread, and a post-dessert sweet of a caramel with flax-seed, with drinks, are quite a bit for one meal.  In fact, I would hazard to guess that it was simply far too much food for most adults, especially ending so late in the evening.  This would contradict the “locavore” approach to healthful, adequate yet moderate consumption.

My last point is that I had not intended to do a restaurant review.  I appreciate the writing of qualified, professional food critics as well as using Zagat guides (I contributed to past Vancouver and Chicago editions).  While I have some familiarity with fine-dining and have eaten at some of the world’s best restaurants in places like Paris, New York, Chicago, Seattle, and Vancouver, I am not a food critic.

I did not take photos, so the ones here are mine of the Gulf Islands scenery, which is not unlike the area around Lummi Island, further south of my island.  I must mention observing a small woman, seated at the most prominent table at the Willows Inn, who used flash photography to capture every item she ate…not to mention that I noticed she been enjoying the wine-pairings, so much so that she was “all over” her dining companion by evening’s end. 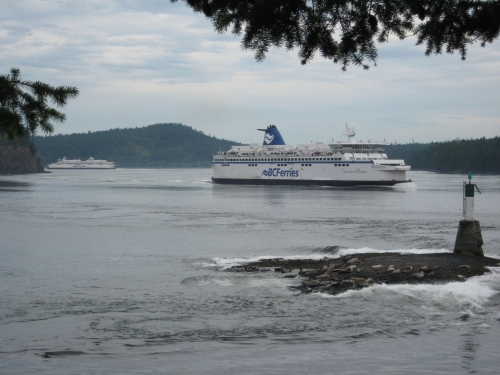 Home - at last - after eating too much "locavore" cuisine....

This is an odd piece to write, as I still think it was an exceptional meal. Nonetheless, I did not feel particularly well afterwards due to the quantities and the next day felt exhausted.  Perhaps I am not meant to have tasting menus these days (Anthony Bourdain has written about his dislike of them, so it is not just me…), but I do wonder about the whole “locavore” approach and how that translates – or not – into fine dining.

20 responses to “A Non-Review of the Willows Inn, Lummi Isl., WA: Locavore or Loco-what?”