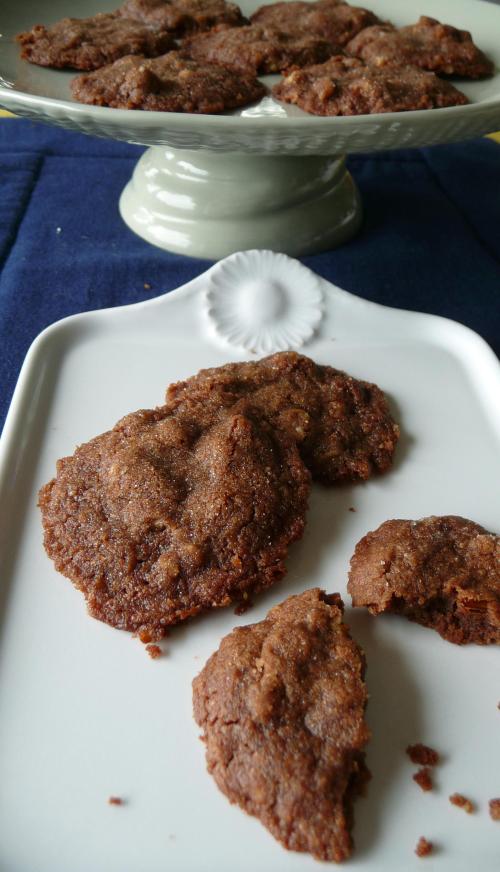 What exactly are these chocolate nut revels?  I was intrigued by this week’s installment of the lost recipes of my grandmother Jessie, especially as “revel” is not used often these days – much less as a noun than as a verb. 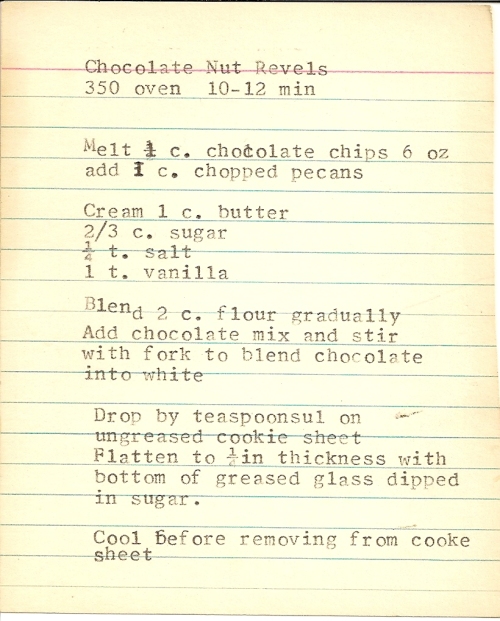 This particular recipe was an easy one to prepare, though it is another item I do not recall from among my grandmother’s repertoire.  However, the name made me wonder about some of the things in which Jessie used to revel.  In this first photo, from the 1950s, she is at a banquet, probably one which involved sports writers, promoters, agents, etc.  (She is third from right in the pearls, with my grandfather, Louis, next to her on the right.)  Jessie seems to be reveling in this event, having just finished her dessert: 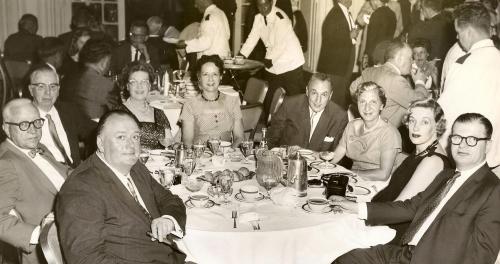 One other thing Jessie reveled was spending time in the sun, particularly during the brutal Chicago winters.  Here she is in Miami, where my grandparents spent the winter from the 1940s through the 1960s (this picture is dated March 1965): 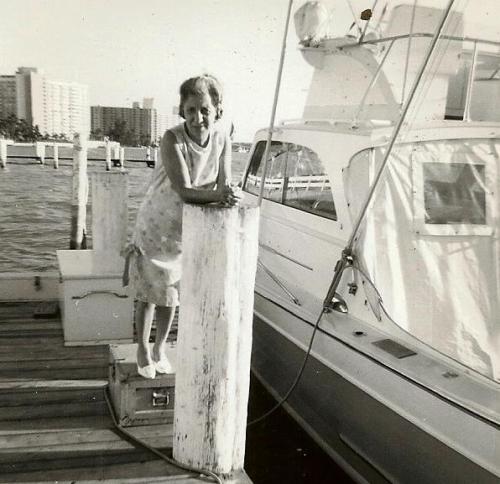 Another passion of Jessie’s was travel.  Below, she appears to revel in her proximity to one of the great pyramids in Egypt, in 1971: 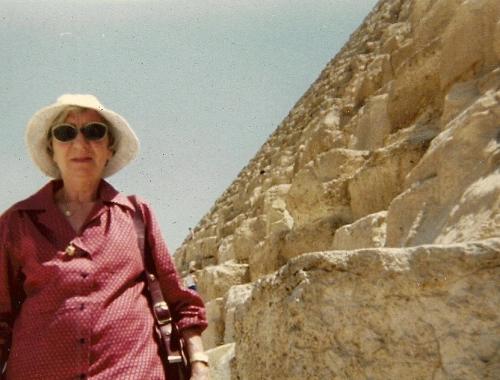 Of course, as I mentioned in previous posts, Jessie reveled in baked goods and sweets, so it is no surprise that the Chocolate Nut Revels were among her index cards of recipes.  In preparing it, I followed the ingredients  precisely yet made a few modifications in technique, so I will only make a couple of notes in addition to the recipe at the end of this post. 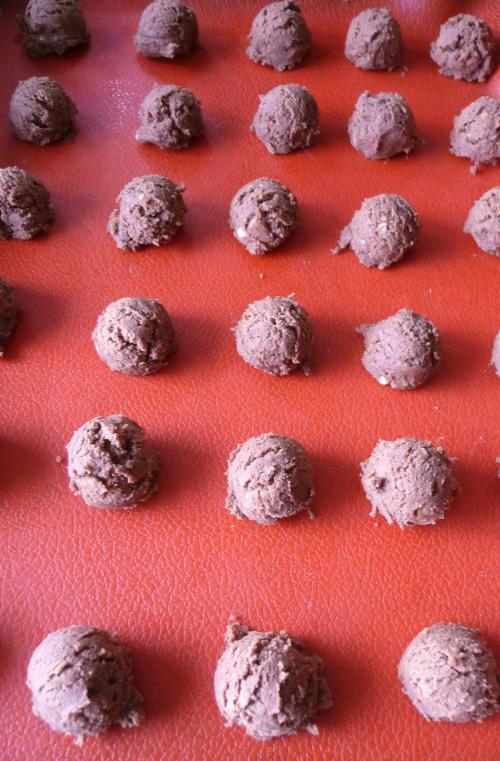 For the chocolate nut revel recipe,

This dough is a soft yet full flavoured one, and, given that it has no eggs, it makes for good eating raw (not that I worry about salmonella from eggs, but some people do).  I was expecting more of a shortbread or a sablé in texture, yet the dough is very tender, though nowhere near as stiff as those classics.  The baked cookie turned out to be crumbly and prone to falling apart but completely delectable, with the delightful counterpoint of chopped pecans for textural contrast to the delicate body of the cookie. 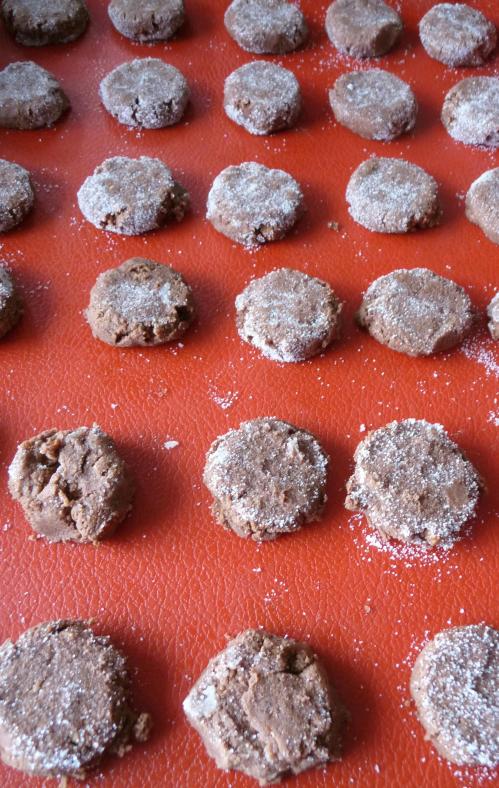 If you are seeking to revel in an easy cookie to go with tea, coffee, or a scoop of ice cream, the chocolate nut revels fit the bill. 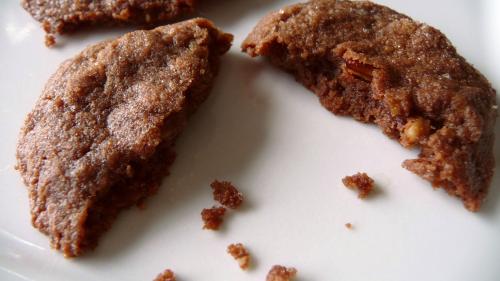 Pre-heat oven to 350 degrees and place rack in the lower middle position.

Eat warm or at room temperature and revel in this cookie from the past. 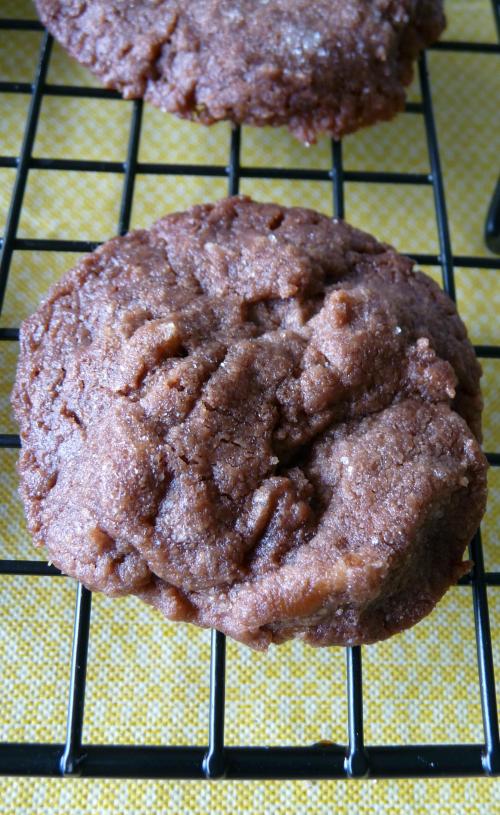 This entry was posted in Baking, Cookies, Recipes Misc, What Would Jessie Dish and tagged Chocolate, Cookie, Pecan, Vintage Recipes. Bookmark the permalink.